I nearly had a panic attack in Dungeness.

If you want to firmly grasp the sensation of the eerie as Mark Fisher describes it, there is surely no better place.

On Friday evening, whilst having drinks after work in St James’s Park in the last of the evening sun, a new friend suggested a road trip to my girlfriend and I. We had told him that, the following day, we were going to the beach at Rye, on the suggestion of her brother. He said the best thing to do was to take the train there and then cycle to Dungeness. We didn’t have bikes but we did have a car so we decided to more or less follow his advice.

After lunch in Rye and an afternoon on the beach at Camber Sands, which brought back a flood of memories following a top goth weekender I attended there in 2013, we drove along the coast to the Kentish headland. 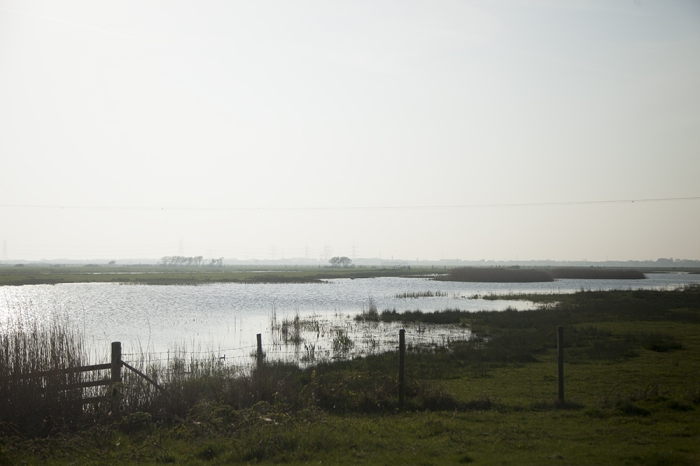 Immediately, things felt strange. For miles, we followed a winding country road on the edge of an enormous military installation.

To our left, nothing but flat marshland — so flat that I felt a deep nostalgia for the hills of home. Such a featureless landscape got inside my head to a degree that I was not prepared for. It felt unnatural, as if its details had been purposefully erased, like living in the paradox of an Andreas Gurksy landscape.

On our right, we drove past miles and miles of barbed wire fencing with signs warning of ballistic testing from the Ministry of Defence. This side of the road was peppered with houses and hamlets but they were obviously unoccupied, even from a distance. It was a training ground for urban warfare; a war games playground.

The domestic urban pretence continued to slip until we passed an enormous complex whose walls doubled up as false façades which, were it to actually exist, would surely constitute the largest housing complex in existence. Light shone through the painted windows of the false frontages, looking like stained glass. It gave the illusion of piety to this permanent movie set for death rehearsals.

Once we reached Dungeness itself I was immediately reminded of an old episode of Grand Designs on the occasion of seeing one episode’s architectural protagonist. The show’s host, Kevin McCloud, had marvelled at how this desert had become an “experimental architectural hotbed” but what is most striking about the place is that it is devoid of such a feeling of activity. Rather, it exudes a near apocalyptic loyalty to the minimal.

What struck me further still, in recognising this landscape from my television, was how much more populated it seemed when seen through the limited view of a camera lens. (Perhaps the same can be said of my photographs here too.)

Every one of us in our party of four conceded that to live here would surely drive us mad. It is so familiar in its disparately positioned constituent parts but so barren, I remember feeling like I was walking through the architectural playground of limbo from Inception, moments before the dream collapsed as the markers of the weird unground that force that holds the landscape together. (What is this force? The structural support of the Deleuzean socius? I’m not what else to name this thing which is so explicitly absent…)

Mark writes in The Weird and the Eerie: “A sense of the eerie seldom clings to enclosed and inhabited spaces; we find the eerie more readily in landscapes partially emptied of the human.” [1] But further to this, he later qualifies what sensation this produces (or rather, what produces this sensation):

The simplest way to get to this difference [between the weird and the eerie] is by thinking about the (highly metaphysically freighted) opposition — perhaps it is the most fundamental opposition of all — between presence and absence. As we have seen, the weird is constituted by a presence — the presence of that which does not belong. In some cases of the weird (those with which Lovecraft was obsessed) the weird is marked by an exorbitant presence, a teeming which exceeds our capacity to represent it. The eerie, by contrast, is constituted by a failure of absence or by a failure of presence. The sensation of the eerie occurs either when there is something present where there should be nothing, or there is nothing present when there should be something. [2]

In our Weird & Eerie reading group, previously mentioned, it was the eerie that dominated discussions as Mark’s true innovation with this book.

It is as if the eerie is a “space” that allows for the inside and outside to exist alongside each other without distinction. Mark’s task is to outline the libidinal cartography of a singular plane of intensities which is “the eerie”. The Eerie as Event, further problematising the Žižekian modalities of the Lacanian Real, making them immanent to each other.

It is all too easy to attach the “eerie” to Mark’s previously hauntological thinking — the eerie as a hauntology. With the eerie, there is always a trace. The failures of absence and presence are defined by the traces of their opposite. They are denied the absolute by the illusion of something past. 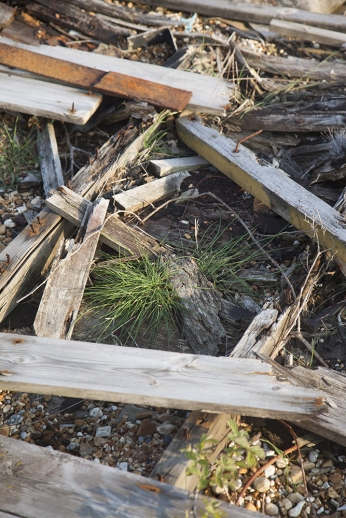 In Dungeness, this is not the case, as Kevin McCloud makes clear. Yes, detritus from the hamlet’s flailing cottage fishing industry is hard to ignore, with its various wrecks and ruins, but considering the modern architecture and with the horizon dominated by the nearby nuclear power plant, the temporality of its potential hauntology is itself absent. Perhaps it is this absence which is the most eerie: the absence of the hauntological.

As we walk over steep banks of shingle, I panic, hearing Mark’s voice inside my head, channelling Sapphire & Steel: “This is the trap. This is nowhere, and it’s forever.”

2 thoughts on “The Eerie South East”